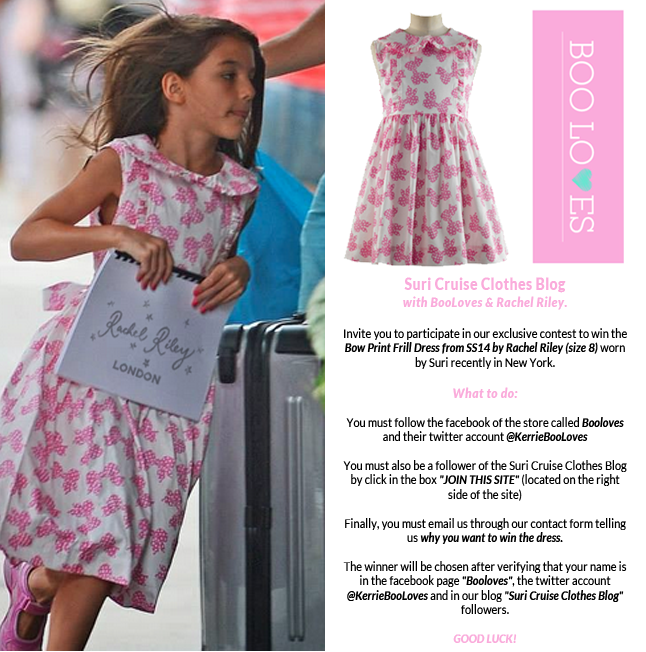 Back in NYC & Ice Cream Evening

Katie and Suri spotted arriving to JFK airport in NYC on July 23rd 2014, after spending almost 2 weeks in LA due to Katie's filming schedule for the movie "Woman in Gold". Later that day, mother & daughter was pictured walking down their neighborhood to enjoy some ice creams.

Katie Holmes and Suri Cruise waiting for a train on a subway platform in NYC on July 13th 2014.

Katie Holmes and Suri Cruise spend some quality mother-daughter time in NYC. They went to breakfast at Rosemary's in NYC's West Village neighborhood on Saturday morning (July 12th 2014). Afterwards the twosome did some shopping in around SoHo neighborhood.

Suri is wearing a bright pink dress (looking for the brand info) and Kids' Swirl-s Nite Wedge ($44.95) by Kenneth Cole Reaction for Kids.